The alcohol sensor is a tin dioxide semiconductor type alcohol gas sensor which has high sensitivity to alcohol and fast response characteristics. However, its disadvantage is that due to the short life of the electric heating wire, we can use the second part of the vehicle's human body infrared detection circuit to control its work. Therefore, the second part of the function is infrared detection of the human body inside the vehicle. When a human body is detected, the alcohol sensor is first passed through a large current of 0.5-2S to rapidly heat the sensor, thereby quickly entering a normal working state (for example, the normal heating sensor needs to be preheated 1 - 2 minutes to work properly), then start the corresponding circuit.

Voice circuit: If the alcohol content is close to the traffic safety standard, you will be careful to drive carefully. If the safety standard is exceeded, the action circuit operates and warns the driver to drive.

Action circuit: The engine is directly cut off according to the processing result of the control circuit. 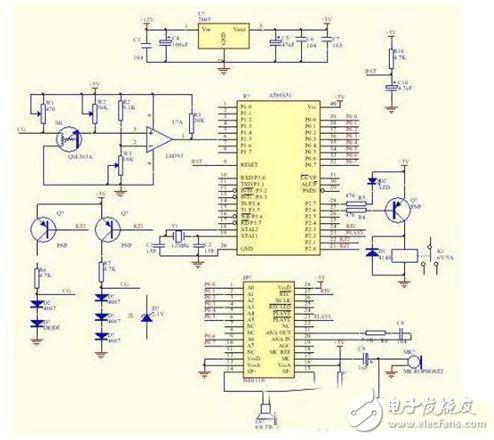 The alcohol-containing gas detecting device using the alcohol sensor detects that the alcohol concentration exceeds the standard in the vehicle, and the relay in the circuit operates to cut off the automobile engine so that the car cannot be started. As shown in the figure, this circuit is simple to control. As long as the alcohol concentration in the car exceeds the standard, it will act, so the application has limitations, such as taxis are not suitable. 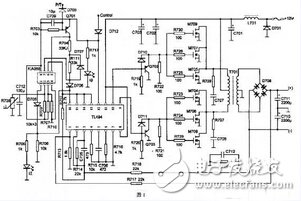 The composition of the vehicle circuit

Also known as a charging circuit, it is a circuit composed of a battery, a generator, a regulator, and a charging indicating device. Electric energy distribution (distribution) and circuit protection devices can also be classified into this circuit.

It is a circuit consisting of a starter, a starter relay, a starter switch and a start-up protection circuit. It is also possible to include a device for starting preheating under low temperature conditions and its control circuit in this circuit.

It is a circuit consisting of a meter and its sensors, various alarm indicators and controllers.

It is a circuit composed of various electrical devices provided to improve the safety and comfort of the vehicle, comfort, and the like. The types of auxiliary electrical devices vary from model to vehicle. The higher the car grade, the better the auxiliary electrical device. Generally, it includes a windshield wiper and cleaning device, a windshield defrosting (anti-fog) device, an air conditioner, and an audio device. The higher-grade models are also equipped with window electric lifts, electronically controlled door locks, power seat adjustments and electric remote control rearview mirrors. Electronically controlled airbags fall under the electronic control system.