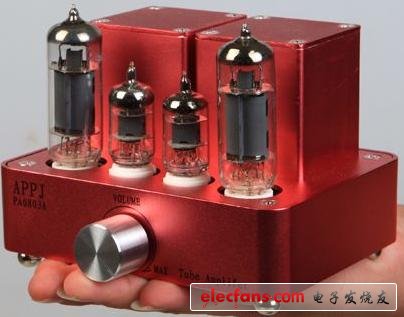 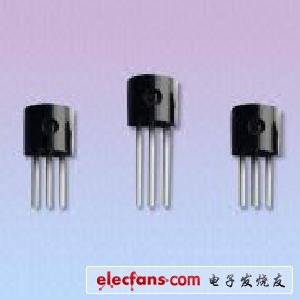 2. The start and history of foreign and domestic tube amplifiers are far more than ours in China. Besides, the amplifier product itself has a certain artistic and strong cultural background, which is reflected in the adjustment of the product's voice, brand positioning, market strategy, appearance design, product quality stability, etc., it should be said that Compared with some excellent foreign brands, we are far away from them in some respects in some aspects; but after efforts in recent years, this distance is shrinking. Compared with some foreign brands, some of our better products are definitely stronger than them, and we have a great advantage in price. On the same level of products, our prices are at least 1 / 2--1 / 5 or more lower than imported machines. At present, our individual products are even better than the sound quality and timbre of some famous brand products abroad at a lower price. This is no strange thing. The direction of our domestic product efforts is to establish brand awareness and strengthen product quality and artistic standards.

3. About the shape (shape) of the amplifier
Most of the appearance of the tube amplifier is to put the electronic tube (bladder), these components of the transformer are exposed outside the casing, which is different from the box machine in the traditional concept of people. Does the amplifier have to do this instead of being box-shaped? No, in fact, some of the amplifier products have been made into box-type machines, so why are "bare" machines popular at home and abroad? This is related to the psychological aesthetic concepts of designers and users. The design of modern tube amplifiers is like industrial art design, which pays attention to fluctuations, color contrasts, bright lines, and the embodiment of materials. The shape and processing of an exquisite tube machine are just like a piece of art. The box-type machine is more difficult to reflect in these aspects, and the free space of the bare machine is mostly. In addition, after the amplifier works, the filament of the electronic tube is lit to give people a warm feeling, and compared with the box type machine, it looks colder, no? "Bare metal" kind of "human touch", this is a bare metal compared to the box One of the reasons for the popularity of mobile phones. Also, the bare metal can better reflect the characteristics of the amp. Although the bare metal is often not as convenient as the box machine in use, it is more difficult to "wait", so there is the coexistence of the bare machine and the box The situation: From a proportional point of view, the amount of bare machines is greater than the amount of box machines.

4. Regarding the technical indicators and standards of the amplifier, frankly speaking, the technical indicators of the amplifier are inferior to the crystal amplifier except static intermodulation distortion. In fact, the survival and development of the amplifier is not because of Its technical indicators are only what it is today. If you want to pay attention to the technical indicators, the amplifier has no market. In fact, electro-acoustic technology is still very imperfect so far. The existing technical indicators can only explain the problem from one aspect, but they cannot reflect the problem in essence. For example, the measurement of existing amplifier specifications is measured under the assumption that the load is a purely resistive (linear) load, while the actual load is a complex resistive (non-linear) load. Another example is that the measurement of the speaker is measured at a power of 1W at a distance of 1W, and the actual listening can not be under the condition of 1M / 1W, so such a measurement index can only be used as a reference, not as a criterion for selecting an amplifier . It can be said that a product with good technical indicators may have a bad sense of hearing, while a product with a good listening indicator may have only mediocre technical indicators (of course it will not be bad). For a mass-produced electronic product to ensure its uniformity and consistency, it must have a corresponding production standard (technical documents, production process documents and inspection documents), which is already common in some more formal product production. Things, but these standards are only used to guide the production and ensure the consistency and uniformity of product quality, and have no other significance. The production standards of an enterprise are only useful for the specific products of the enterprise, but are not useful for other enterprises. The sound quality of the sound is meaningless. To be precise, there is no standard to measure art. In reality, the higher the level of audio products, the less stringent the production standards.

6. The service life of the amplifier is semi-permanent in principle. Compared with the crystal machine, the relative life of the amplifier is determined by the electron tube. The theoretical life of the electron tube is not too long, generally only Thousand hours, but it is also common for good tubes to use for tens of thousands of hours. For example, the picture tube of a television is a special tube. Of course, many audio tubes cannot be compared with the life of kinescopes. Generally speaking, there are transportation failures and early failures for audio tubes. The failure can be found within 1-2 months after use, or found in factory production. For a stable quality electron tube, it should be used for 2-3 hours per day. It should not be a problem to use it for 2-3 years. It is not expensive and not difficult to buy. With good after-sales service, the service life of the bile should not be a problem, and after the bile is replaced, it can renew its vitality, just like the new one. In fact, many antique gall Famous products are also sold at a high price in the market, don't you explain the lifespan of the amplifier from the other side, adding the amplifier is more powerful than the crystal machine, and the overload capacity is strong.The crystal machine may be in one thousandth of a second when it encounters some failures. The clock will be damaged and the amplifier will not be damaged within a few minutes.

7. Notes on using the amplifier
1. Connect the load (speaker) before turning on the power. Never turn on the power and send a signal without connecting the load, or the load is short-circuited.
2. The power supply should not be too high or too low. The power supply voltage should be within 5% of the specified voltage. It is best to use an AC stabilized power supply when the commercial power supply frequently exceeds this voltage value.
3. When the tube is working, the temperature is high, pay attention to ventilation and heat dissipation.
4. Do not spill liquid on the electronic tube during startup or just after shutdown (within 30 minutes).
In general, pay attention to the above problems in use, the amplifier can work reliably.