â€œThe LED industry in 2017 has ushered in a new round of opportunities. The overall market is a high probability event.â€ Dr. Zhang Xiaofei, Chairman of Gaogong LED, said at the Gaogong LED Spring Festival that companies are very concerned about the industry trend this year. Some people are very worried. 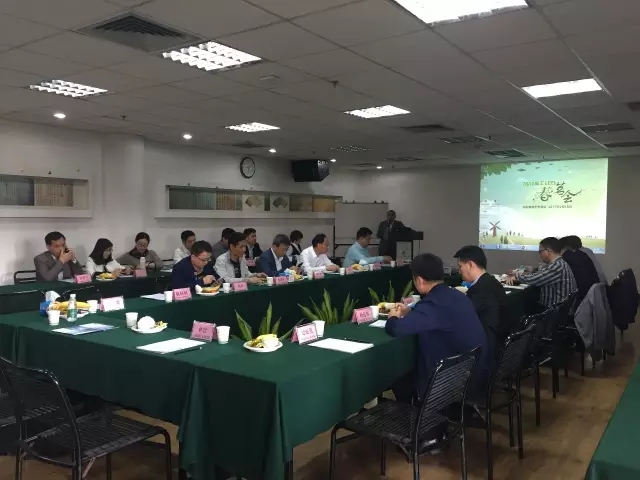 Chip supply is still tight in the first half of the year, or eased in the second half

Now the LED chip industry is slowly becoming clearer. In 2015 and 2016, the pattern has basically been determined. At present, most of the chips used by packaging companies are basically from several mainstream chip factories.

"The semiconductor properties of the LED epitaxial chip industry are becoming more and more clear. In the future, the scale of volume will still dominate the market for a long time. The improvement of technology and manufacturing efficiency will become an important weight for enterprises to reduce costs and increase profits." Vice President Bian Defei said: "In 2017, we will continue to expand production, and it is expected to reach 1.3 million units by the end of the year. Among them, the production capacity of the new Yiwu plant is expected to be released around June and July this year."

This also caused the chip factory to announce that some products continue to increase in price in the first year of this year.

In addition, many small chip companies with poor management have already withdrawn from the market due to lack of competitiveness. At the same time, due to the past two years, chip companies have become more conservative in market forecasts, and the pace of expansion has slowed down, resulting in insufficient capacity preparation last year.

Compared with the packaging and lighting links, the mass production of the new production line of the LED epitaxial chip is relatively long, which results in a cycle from investment to capacity release.

As a core device, the performance changes of MOCVD manufacturers also reflect this. As one of the two global MOCVD giants, Veeco's fourth-quarter earnings report was better than market expectations. In addition to benefiting from the large LED production line built by OSRAM, the cutting-edge in the advanced packaging application market and the MOCVD product line responded to the new market. The adjustment is the main factor.

Drive ICs are tightly supplied and packaging continues to expand

Also in the semiconductor industry are the LED driver IC industry.

In 2016, the semiconductor industry's raw materials increased, and the two major storage and chip chips were out of stock due to high demand. In 2017, the inventory of the production chain fabs was at a low level, and major manufacturers replenished their stock levels. In addition, as semiconductor companies such as TSMC, UMC, Micron, and SMIC are working hard to expand production capacity, the supply of semiconductor silicon wafers continues to be tight.

Wang Lekang, chairman of Ming Microelectronics, said that the driver IC products are currently in short supply, and there is still a big gap. Now, we are also starting to invest in the mainland to set up factories to increase production capacity.

For power supply manufacturers, in addition to the tight supply and demand of driver ICs, the continuous price increase from other raw materials is also the biggest uncertain risk factor.

This year's material rise is a big test for low-power power supplies. The price of PCBs and other materials has risen. The overall cost of power supply has risen by about 15%.

The price increase of raw materials is also the packaging link, which indirectly drives the packaging companies to increase the price of products in successive rounds. As one of the giants of domestic white LED packaging, Hongli Zhihui has a longer-term preparation for dealing with unstable raw material prices.

In addition to the conventional means of expanding production and increasing the scale effect, Hongli Zhihui put forward some suggestions for suppliers. If enterprises rely on internal strength to digest external disadvantages, they must work hard in the supply chain and manufacturing.

The lighting market is rising steadily, everyone is fighting for endurance

â€œIn 2016, the winter of the LED industry is not too cold. It seems that the spring of 2017 is not too warm. 2016 is the bottom of an industry cycle. 2017 will be better and the market will be better.â€ Sanxi Aurora Deputy General Manager Lin Yan Said, â€œQuality and price are the eternal theme for manufacturing.â€

The low end must be low, but the low price is not necessarily low quality. Sanxiong Aurora has a very clear understanding of this, they have to find profits from cost and research and development, "there is no trace of cost", and high cost performance is their pursuit.

In 2017, market competition will return to the trend of large-scale competition. Compared with 2015 and 2016, the industry is not so impetuous and is no longer interfered by too many external factors.

Compared with the "one-of-a-kind" in the traditional lighting era, due to the characteristics of LED products and the advantages of the common product platform, the LED lighting enterprise's all-product product strategy has become the mainstream.

The penetration rate of LED replacement light sources will peak at around 2018, but the lighting market may be the next growth point for LED lighting.

By the end of 2016, the global LED penetration rate of lighting is only about 30%, and there is still a large market space. The transformation of LED lighting companies from traditional light source products to lighting products and intelligent products will be the general trend.

Sun Shaofeng, director of marketing at Mu Linsen, said: "In 2017, we are like long-distance running, and the competition between companies is endurance."