I believe that every scientist who develops robots has such a mentality to make life better, make the office smarter, let the robot serve human beings, and provide convenience for all aspects of human life.

The movie "Terminator" series tells about a future world where the Earth is already controlled by robots. The robot wants to completely occupy the world, killing human beings, but encounters the human elite who is stubbornly resistant, so the man-machine battle is staged.

Such a world is extremely scary after watching, and the development of such a smart robot is surprising. However, with the rapid development of high technology in the 21st century, intelligent robots in movies have now come to the real world and enter your life. 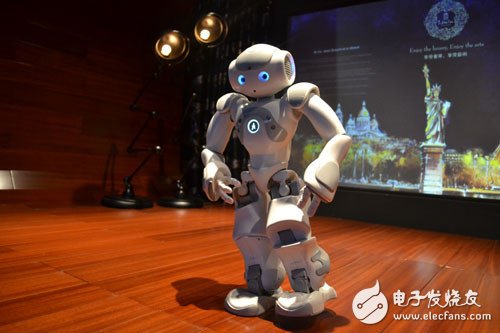 Recently, the robot company has introduced two robot products, one is the humanoid robot Lynx based on Alexa voice assistant of Amazon cloud service, and the other is the intelligent humanoid robot Cruzr which provides services for enterprises and the public domain. It is also the first robot product launched for B-end enterprise customers to help optimize human resources and improve work efficiency.

I believe that every scientist who develops robots has such a mentality to make life better, make the office smarter, let the robot serve human beings, and provide convenience for all aspects of human life.

So, you saw the real-life, high-skilled robots overhaul the very dangerous transmission lines. The robotic waiters in the restaurant won the praise of the smart and flexible service. The intelligent robots in the factory replaced the humans for repeatability and weight. work. Of course, there are also intelligent parking robots, bank teller robots, sex robots, robot butlers, and so on.

The "Robot 2.0" era came in 2017, leading the innovation and development of intelligent robots. With the continuous increase of various support policies in 2016 and the gradual acceleration of industrial transformation and upgrading, it is expected that the sales volume of industrial robots in China will reach 100,000 units in 2017, and the compound annual growth rate is expected to reach 23%. In addition, driven by various factors in the country, robot applications are rapidly expanding from the industrial field to the defense military, medical rehabilitation, helping the elderly, helping the disabled, and home services. The service robot will become a hot spot in 2017, and the output value is expected to be less than 5 years. Over time, it has surpassed industrial robots and has become a blue ocean with a market value of tens of billions.

The rapid rise of the robot industry, while serving humanity, has caused more people's surprise and confusion in real life. At present, robots can be said to be high-powered, whether it is imitating human movements, speaking to facial expressions, skin authenticity, and meticulous logical thinking, etc., have reached a level similar to humans. Such robots are now infiltrating into our lives and even acting as a social role for humanity. Then, as in the movie, will it replace humans one day and rule the humans?

Although scientists have said that this is impossible, because the current intelligence of robots can only be equal to 3 years old children. But technological advancement is amazing. In any case, we can't deny the endless innovation of human beings, and one day we will create a perfect "human". In the face of such a situation, perhaps we must be prepared in advance. Just like the science fiction writer Asimov proposed the three principles of robots: First, the robot must not harm humans or sit and watch human beings hurt; Second, the robot must not violate human orders, unless this command violates the first principle; Protect yourself unless the situation violates the first and second principles.

In order to avoid accidental injury to humans during use, scientists and engineers have done a lot of research, such as through the recognition of human speech, allowing robots to understand human intentions and give appropriate help. This research is currently applied to Intelligent customer service office areas, such as intelligent robot services for me; in addition, design devices that can shut down robot energy in time to avoid unexpected situations; of course, when robots are flooded in real life, we need to control the production of intelligent robots. Scale and quantity, or make rules from a legal and ethical level to prevent the emergence of robots that are illegal and undermine public interest. It is the original intention to make robots a helper for future human life, not a ruler.